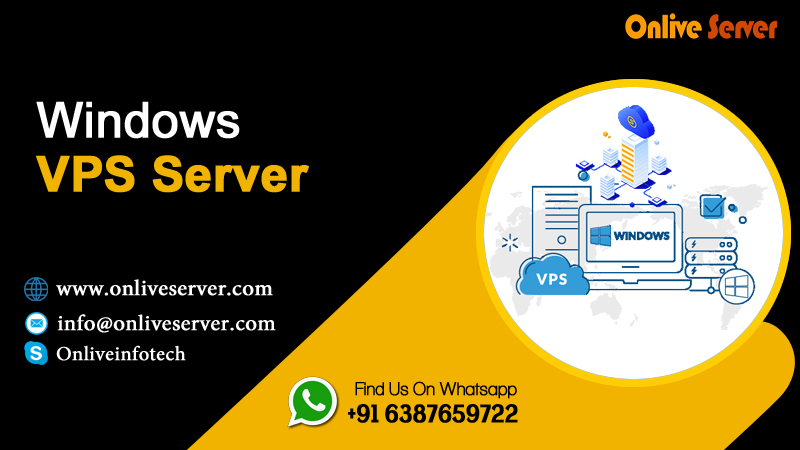 A Windows VPS Server can be an ideal alternative to dedicated servers and often costs significantly less than the equivalent Windows dedicated server with high-end hardware. Windows VPS hosting is popular among internet users who want the speed and stability of Microsoft’s operating system combined with low-cost web hosting services. For website owners who have never tried Windows VPS Hosting before, it can be easy to think that Windows VPS hosting isn’t powerful enough for their sites or businesses. But when you’re new to the world of Windows VPS hosting, it can be hard to know where to start and what you should be looking for in your Windows VPS Server provider, especially if you’re used to Linux-based hosting servers rather than Windows-based ones.

What is Windows VPS Hosting?

Windows virtual private servers are becoming increasingly popular with Web hosting companies and for good reason. Windows has a number of built-in administrative tools that make it an attractive option for hosting environments. Many Windows administrators may be looking to expand their capabilities by working on a virtual server, but they may not know where to start. If you’re new to Windows virtual private servers and want some guidance on how they work and why you should use them, read on. There are many ways to get your business online, from shared web hosting accounts to dedicated servers. One of these methods is Windows VPS Hosting. For smaller businesses that don’t need all of the bells and whistles associated with a dedicated server or don’t have hundreds or thousands of dollars lying around to pay for one, a Windows VPS may be just what you need.

For many companies, switching to Windows-based infrastructure is a safer bet than relying on less stable solutions that can cripple their bottom line. But some businesses aren’t comfortable with managing their own physical servers, so they look for alternatives. Virtual private server (VPS) hosting is an increasingly popular option. Because it gives businesses access to many of Windows’ advantages while still leaving some work to third parties.

A virtual private server has all of Windows’ power without requiring you to purchase expensive new hardware or hire IT staff. This means more time for you and your employees to focus on running your business. And since every Windows platform supports Microsoft SQL Server, administrators won’t have to learn new software to work with data—it will already be familiar and manageable. Plus, if you ever decide that VPS isn’t for you, migrating platforms should be easy. Depending on what services your current platform offers. There’s a good chance those features will be available as part of Windows’ Managed Services program. If anything does get stuck in transition—say if data needs transferring from another provider—the managed services team should handle it quickly and easily by communicating directly with both your current and future providers.

What Is Included In My Windows VPS Package?

If you’re a veteran Windows server administrator, you may already know that a Windows-based Virtual Private Server (VPS) is ideal for certain applications. If you’re new to Windows hosting or aren’t sure if a Windows-based VPS will fit your needs, there are several things to consider before making your decision. In many cases, Linux servers are great for smaller organizations and web applications—particularly those that don’t require much in terms of memory or resource usage. For applications that need more resources, however, a Windows-based VPS might be what you’re looking for. When choosing between a Linux and a Windows server, here are some features to consider-

Windows Support Many software applications are written specifically for Windows. So compatibility issues can arise when running them on a virtual machine with another operating system like Linux. When considering which operating system best suits your needs, make sure to take compatibility into account; if possible, it’s generally best to run your application on its native platform.

How To Install Software On Your Windows VPS Hosting

How To Run Multiple Operating Systems On One Machine

Looking to run multiple operating systems on one machine? Want to work with Linux, Windows, and/or BSD at once, instead of individually? There are many factors why you might want to do so. Perhaps you’re a software developer who wishes to create web apps using Linux but then switches gears and work on a new mobile app that will run only on Windows. Or maybe you’re a network administrator who wants to test various protocols using different operating systems. Either way, it’s possible—and with enough hard drive space available, relatively easy—to install more than one OS onto your system. Whether you need help setting up such a configuration or just want to learn how it works. We’ll take you through what’s required for running several operating systems on one computer.

Why Onlive Server Is Best?

If you’re looking for a Windows VPS Server, the Onlive Server is at the top of the VPS server market. Onlive Server is one of your best options. Onlive Server is best because it provides 24/7 technical support service. It provides the best server with the latest operating system and latest technology. And Onlive server provides Free Migration Service to its new customer.

You can also choose from two types of Windows VPSs: Window Server 2008 R2 SP1 or 2012 R2. Each Windows VPS comes with its own version of Plesk; however, each operates slightly differently. For example, Webmin can be used to manage your domain name with Onlive Server but not through some other providers. It’s not just Windows-based web hosts that give users access to their operating systems though—Linux and OpenVZ-based resources do as well. Onlive server customers can choose any package according to customer requirements. Onlive Server customer can upgrade their package at any time.